Could you remind us of the origin of the project and what droved you to work with Mariam Kamara?

We met as students at University of Washington, School of Architecture. During our studies we collaborated in a design studio and following graduation, we founded united4design, a design collective we founded with two other architects (E. Golden and P. Stäter) through which we worked on a housing project in Niger and collaborated on a few other international initiatives. Through these collaborations, our common passion for community-based design and cultural awareness led us to work together to design Hikma.

We learned from the community in Dandaji that they were planning to replace the old building with a newer and more spacious and more contemporary mosque. Considering the historical architectural importance of the building which was built by late master mason El Hadji Falke Barmou, a recipient of Aga Kahn award for a similar mosque, we looked for ways to preserve the building. Through meetings with the community, they were convinced to change the initial plan. Once the notion of destroying the building was abandoned, the village leaders were open to discussions about transforming the space into something new, provided that a new mosque was still built on the site.

To establish a robust program that would benefit the community, various groups were invited to contribute their thoughts on the different types of activities they need to achieve progress in their lives. For the middle school students, it was access to books, places to read them, improving their language skills, and learning about the outside world. For the school teachers, what was important was the creation of nurturing spaces for their students to study in pre-determined groups, away from family distractions. Women of the village were looking for literacy courses, basic accounting classes, and spaces for product transformation workshops where they could learn things like turn their peanut into peanut oil or peanut butter and sell it on the market. Through these conversations the program for renovating the old mosque as a new library, and the new mosque, and the campus connecting the two, was created.

How does the project relate to heritage and vernacular architecture?

The project was initiated to save an endangered architectural heritage, the existing mosque of Dandaji. The new mosque is designed by reinterpreting the basic layout and architectural geometry of the existing mosques in the region and uses available contemporary material, including compressed earth blocks, steel, and concrete, to create an intervention that is directly connected to the structural order of the old mosque.

More than looking for “vernacular” elements, the focus was on fining contextual and regional, yet contemporary architectural solutions. The material, the construction techniques, the lay out, the program, the landscaping and the furniture are all chosen, composed and synthesized based on the input from the community, the available resources and the regional traditional building techniques and historic architectural examples. Therefore, the outcome is well-integrated to its context.

What does building a place of worship in the 21st century mean to you?

It means creating a flexible, both conventional and contemporary space that can be open to various forms of worship and community activities. Also, it means to create a space that can adapt to the needs of its current and future users. Our various forms of belief systems are constantly changing and evolving in the same way that each community is always changing and creating new forms of tradition; the spaces that are dedicated to the peace of mind and community should be able to reflect such changes and be timeless.

This is not to say that all places of worship would be identical, however the way the building can connect to its specific natural environment can reflect the connection of the body to the earth. The play of light and shadows, the air movement, the orientation of the body as one moves through the spaces, and all the elements which reflect historic values of a community, can create a sense of peacefulness and connection. Although the belief systems always change, the history creates a sense of belonging and pride that can be globally shared and present itself as embellishments or compositional elements in buildings. 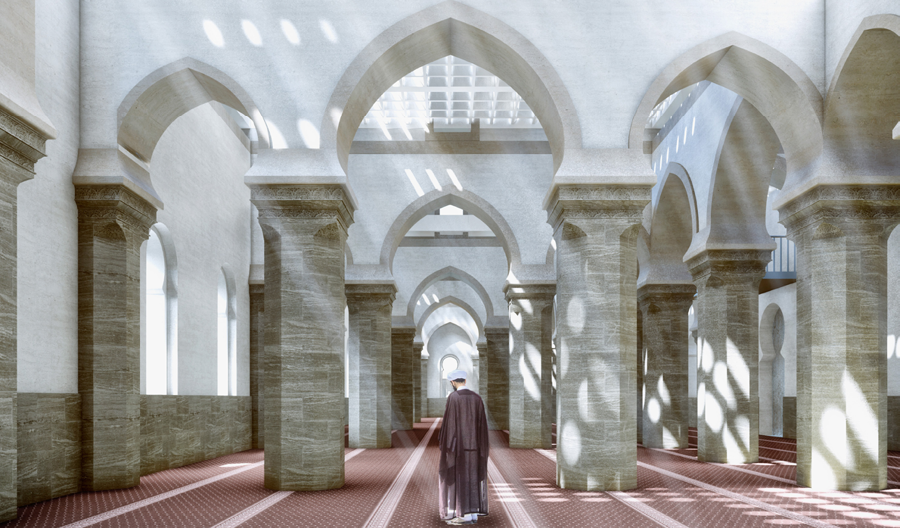 Called « al-Hadba », the hunchback, because of its leaning minaret, the 12th-century Al-Nouri Great Mosque was largely destroyed in June ...More about 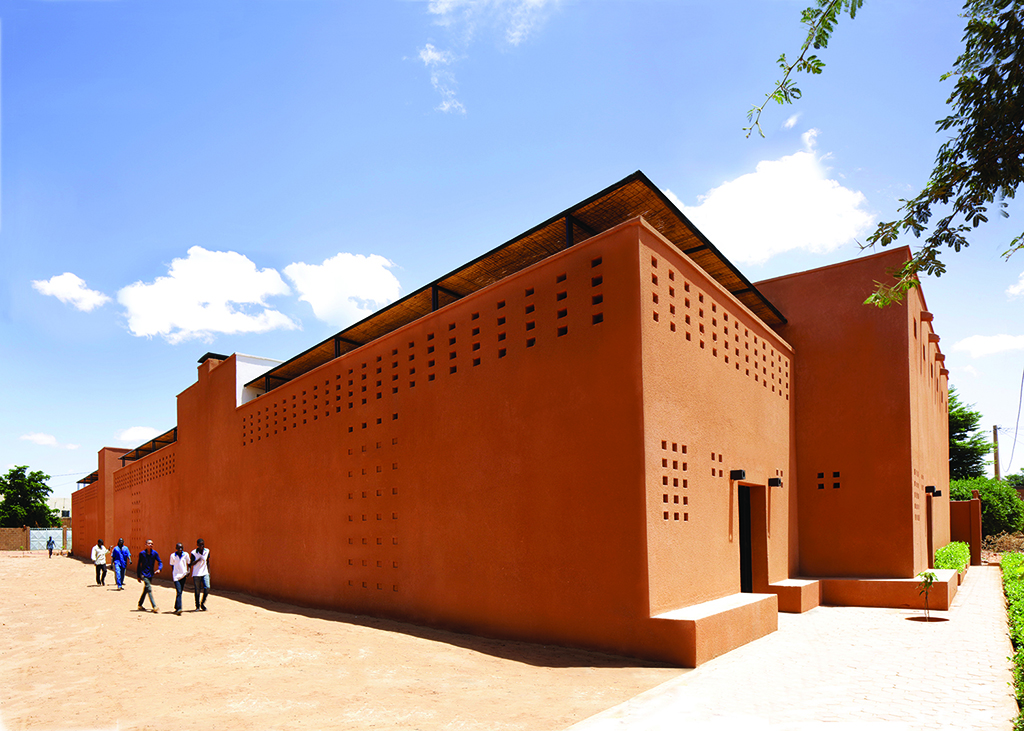 In 2018, their “Hikma” project, a cultural complex including a mosque and a community centre in ...More about