“The future, in Britain at least, is a product of competing visions of the past. Nostalgia is a conflict. That thread of radical nostalgia is clearly part of the current agenda of British architecture”. According to architect and critic Sam Jacob, as architecture goes, reference is everything. For better and worse.

These are troubling times for everyone. Troubling in very specific ways in the Anglosphere where politics have lurched far to the right and populist politics have taken hold of the arrative. Their rhetorics are now tightly bound to a supercharged drive into the project of privatisation that began with Thatcher and Reagan. Trump and ‘Britain Trump’ Johnson —or whoever pulls their strings— are powered in part by a vicious revenge on anything that might be conceived of as progressive. The culture war, used to fan the flames of their disaster capitalism, is real. And real perhaps most visibly in ideas about architecture.

In the US, the wording of Trump’s draft executive order ‘Making Federal Buildings Beautiful Again’ mandates the use of a so-called ‘classical style’. Though if you’ve seen the gold-sprayed polystyrene Corinthian that graces Trump’s apartment, you might wonder if anyone involved could recognise a… if they saw it.

Here, we have the Building Better, Building Beautiful Commission. More nuanced perhaps than the US in its references, but nevertheless a clear ideological project originating from an organisation called Create Streets.This is a ‘research institute’ born of a right-wing think tank, Policy Exchange, with close links to government and founded by Michael Gove (amongst others). Policy Exchange —whose funding is opaque— promote ideas such as returning to exam-based education, limiting judicial power over government, giving armed forces immunity from prosecution, and a no deal Brexit.

Create Streets first emerged with demands to demolish tower blocks and replace them with low rise housing on a so-called ‘traditional’ street pattern. What this really was in fact was a call for the demolition of the legacy of the social housing projects of the post-war welfare state. The ones that had not already been demolished. Since 1979 and the introduction of the Right to Buy council-owned / council-built homes, the legacy of that post-war social democratic consensus has been under sustained attack. In part the ideology of privatisation, in part assaults on local authority power, and certainly, too, an attempt to remove from the city the visible record of alternative possibilities. These policies have a double whammy — both symbolic and structural. Dismantling the welfare state, rolling back progressive politics and erasing the form of Modernism from the city. Modernism from the city, with its original social intent and its associations with post-war reconstruction and the drive for a more equitable society.

When right-wing culture wars are in play, aesthetics, symbolism and provocation are bound up with ideology. So when Create Streets — and the Building Better, Building Beautiful Commission — set out guidelines for ‘beauty’, we should really look at their politics. After all, as anyone with a passing interest in culture understands, ideals of beauty are bound up with ideology. Create Street’s report ‘Living with Beauty’ is couched in what appears ‘common sense’ language. It’s littered with self-evident truths that would be hard to oppose (trees are good, for example) that attempt to manufacture consent.

What does the Building Better, Building Beautiful Commission think beauty is? Well, here’s a partial list: medium-rise streets and squares. Trees — specifically a fruit tree in an urban community orchard for every new house that is built. Local materials and vernacular ways of building, neighbourly frontages and façades. It claims we have been turning our country into an unsightly nowhere and asks rhetorical questions such as “What is it that stops us from building as beautifully as the Georgians and the Victorians did?” It calls post-war housing estates “soulless mono-tenure estates” with no evidence. It claims that good design is not subjective. It attacks architectural education — with some kind of test where the “least popular of 12 buildings to non‑architecture students was the most and second most popular among two groups of architecture students.” It then notes, “The disparity between popular taste and professional advocacy has many causes, not least the educational influence of the Modern Movement, as guided by Le Corbusier, the Bauhaus and the Russian constructivists.” And then declares architecture schools should “teach the growing body of knowledge concerning people’s visual preferences, and the foundation of those preferences in social and neural adaptations.” Then signs off by saying, “Although it is no part of the Commission’s work to advocate any particular style, it is nevertheless true that people have strong visual preferences which are by no means arbitrary”. 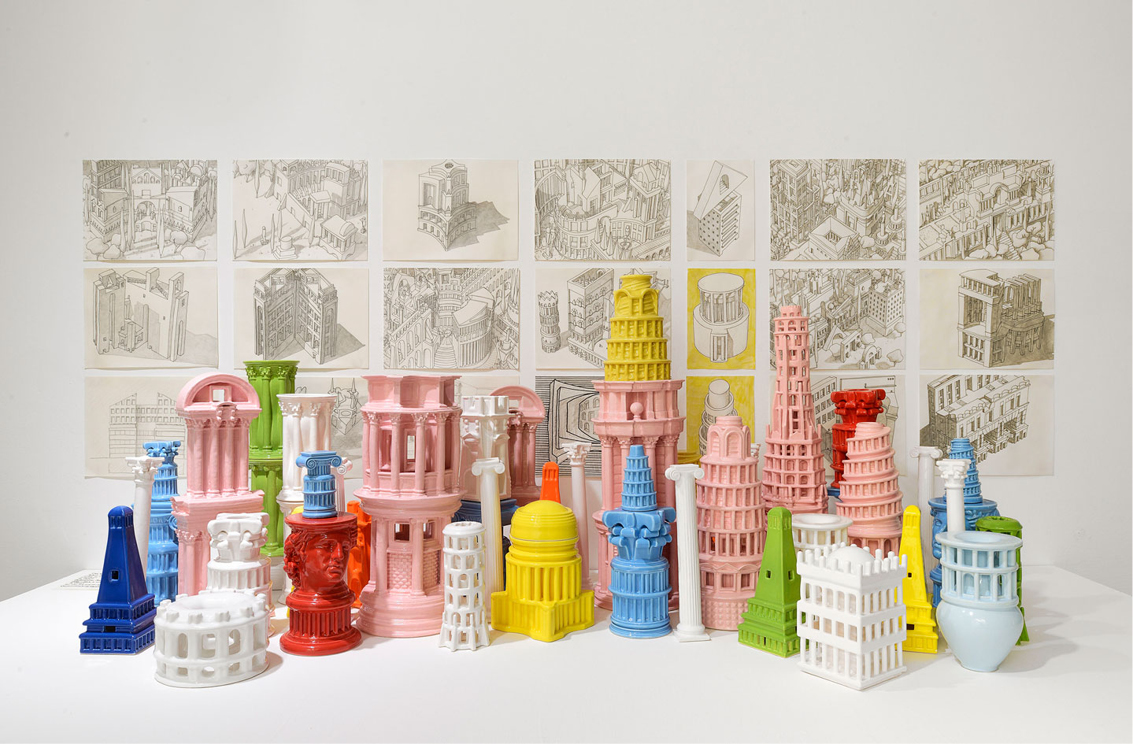 Completed in 2019 in Sussex by architect Adam Richards as his own home, Nithurst Farm is ...More about