The Brick Vault House takes up the issues of standardisation and modularity, which Philippe Starck, guest editor of the new issue of AA (available on our online shop) was invited to reflect on with the editorial team.

How can you think of standardisation and customisation? What sounds like an oxymoron today is made possible through the Brick Vault House by the British agency Space Popular. The structure of the project was created in collaboration with the Spanish architectural firm Estucio Alberto Burgos and local masons Salvador Gomis Aviño and Gregorio Clavel, which allowed it to be built with an economy of means and time.

“We suggested a grid system with which we could resolve the typical details that would allow them to create different configurations in the following houses, avoiding replication, but still maintaining some level of standardisation,” they said in an interview with Stir World in March 2020.

The steel grid with modules measuring 375 x 375 cm and 316 cm in height was erected over three floors. No heavy handling equipment was required for its installation, but a simple scissor lift. Once the structure had been erected, local craftsmen used it as scaffolding to build the brick vaults, known as Catalan vaults, which were made using a construction technique dating back to the 13th century, which involves joining the bricks with mortar without any support. Finally, the white plaster modules were mounted on top of these load-bearing vaults.

Different spaces are defined thanks to this assembly: partitioned interior spaces, composed of large windows and bay windows; sheltered exterior spaces, which offer shaded areas in the summer and natural light in the winter to the interior; and exterior spaces, framed by the empty green structures, which could accommodate new inhabited modules in the future, according to needs.

“The house follows a typical medium-size home layout, comprising expected number of rooms and types of spaces. The driving principles for us were to eliminate corridors by creating a central staircase and organising rooms around it, to maintain the possibility to isolate spaces and provide expected privacy.”

Will the Brick Vault House, which is also the agency’s first build, be the start of a long series to come?

Once a year for the past three years, L’Architecture d’Aujourd’hui has been published with a guest ...More about

There’s nothing New Yorkers can’t do. Except, perhaps, live in less than 37 square metres. This ...More about 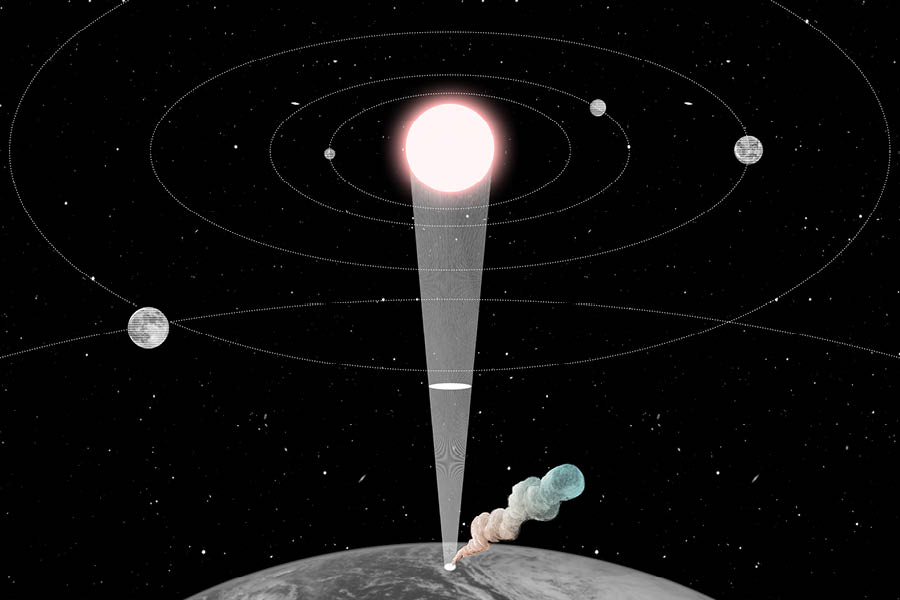 Design Earth: Behind the Solar Shield

Specialised in the development of prospective scenarios, the American collective Design Earth, led by architects El ...More about