An end to the Fossil Fuel era?

Edward Mazria, american architect and founder of the Architecture 2030 Association (think tank created in 2002 for the elaboration of solutions adapted to climate change) discusses the solutions offered at the end of the COP21.

Late last year, the world gathered in Paris for the 21st Conference of the Parties (COP21) of the U.N. Framework Convention on Climate Change (UNFCC). The historic agreement reached there can secure a sustainable future for all, but only if architects, designers, and planners play a key role.

At the heart of the Paris Agreement is the “long-term goal” committing almost 200 countries to keep the global average temperature increase to “well below 2°C above pre-industrial levels and to pursue efforts to limit the temperature increase to 1.5°C.” To meet this target, the world must reach zero fossil fuel CO2 emissions in the urban built environment by about 2050, and zero total global greenhouse gas emissions from 2060 to 2080. The impact of the agreement is clear: governments have signaled an end to the fossil fuel era by committing for the first time to cut GHG emissions to avoid the worst impacts of climate change.

National commitments on emissions reductions are critical, but at the moment they are non-binding. They must be complemented by implementation plans that involve all sectors responsible for the design, planning, and construction of the built environment. Urban built environments, or cities, consume nearly 75% of global energy production and are responsible for a similar percentage of global GHG emission. Tokyo, for example, is responsible for the same amount of GHG emissions as the 37 least polluting African countries. It is the transformation of the built environment that will determine whether the world succeeds or fails in adequately addressing climate change. The good news is that we – architects, planners, designers and builders – have the tools, technologies, and design strategies to lead this transformation, now that policymakers are serious about addressing the issue. One of the reasons national governments had the confidence to take the dramatic steps they did in Paris is the progress already made by the building sector around the world in reducing the energy consumption and emissions footprint of the built environment.

European readers may be surprised to learn that in the US, energy consumption from building operations has been declining since 2005, even though 2.7 billion sq. m has been added to its building stock. No new electricity production capacity is projected to be needed in the US for the foreseeable future – and that is prior to advanced building codes projected to come into force. In the state of California, for example, building codes will require all new residential buildings to be zero-net energy by 2020 and all new commercial buildings ZNE by 2030. Building new construction and retrofitting existing buildings to high-performance standards will continue to reduce energy demand enough that we can replace greenhouse-gas emitting energy sources with renewables in the time frame needed to meet the Paris Agreement’s long-term goal.

In recognition of the important role the built environment has been playing and must continue to play, in ensuring that countries meet their emissions reduction obligations, COP21 saw the first ever UNFCCC Buildings Day and Cities Day – two full days devoted to the built environment. Also at COP21, we saw an increase in the number of cities and sub-national governments deliver ambitious pledges and plans that go far beyond national commitments. Over 1,000 city and regional officials gathered to demand action, and 436 cities have signed the Compact of Mayors pledging to reduce greenhouse gas emissions and track their progress.

Other city and building-sector initiatives were announced during COP21. Amongst them, 52 key Chinese and international architecture and planning firms committed in the China Accord to plan and design cities, towns, developments, and buildings in China to low carbon/carbon neutral standards. Also, 123 jurisdictions (states, provinces, regions, and cities) collectively representing more than 720 million people and $19.9 trillion in combined GDP (equivalent to more than a quarter of the global economy), joined the Under 2 MOU agreement, pledging to limit emissions to 80% to 95% below 1990 levels, or below 2 metric tons per capita, by 2050. More so, The Global Alliance for Buildings and Construction, a global private-public alliance was established to foster closer collaboration and new partnerships in the buildings sector. In addition, The World Green Building Council (WGBC) announced that GBCs in Canada, Australia, and South Africa are developing Carbon Neutral building certifications, signaling that this is where the market is headed.

There is still much to do of course, but the Paris Agreement introduces a new world, one that envisions an end to the fossil fuel era and creates a strong mechanism to address climate change. 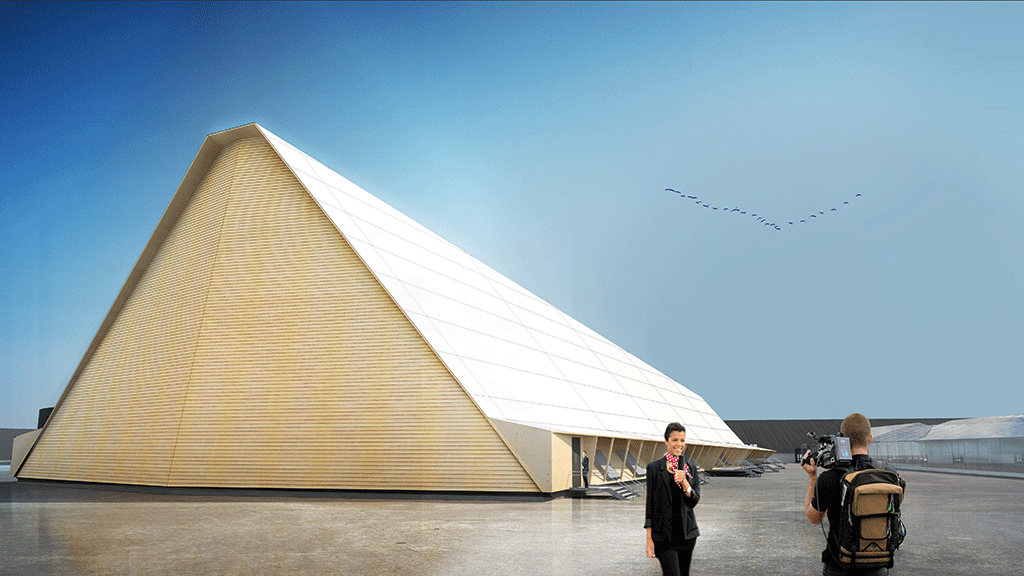 A mixed reaction to the climate agreement It would be an understatement to say that observers are ...More about

In its 411 issue, available in newsstands from March 18, L’Architecture d’Aujourd’hui dedicates a special report ...More about