Architect and urban planner by training, Philippe Trétiack is a journalist and writer. He has been a reporter for thirty years and collaborates with several magazines, including Vanity Fair, ELLE Décoration and Air France Magazine … As an author, he has published some twenty books including Faut-il pendre les architectes ? (Seuil, 2001), De notre envoyé spécial (Editions de l’Olivier, 2015), and L’Architecture à toute vitesse (Seuil, 2016). In AA’s pages, Philippe Trétiack decodes, with a certain sense of humour, the architectural jargon in the Quid ? column. In AA 428, he dives into “Genuine living spaces”.

Years ago, the linguist Claude Hagège explained during the French television programme Apostrophes how newspeak worked. He claimed it involved condensing the terms in a sentence as much as possible to avoid any criticism or rebuttal. A formula such as ‘Communism has brought happiness to farmers and workers’ would therefore result in endless fault-finding. Was this really the case for farmers? And for workers? Was the revolution really all that communist? In short, this complex formula would have been better replaced by a pugnacious formula which is difficult to dispute: ‘Revolution is happiness’. So it is that when I read here and there the expression ‘genuine living spaces’. I tell myself that pen-pushers make it easy for us. Instead of condensing the idea, their mistake is poetic enthusiasm and with that they leave themselves open to criticism. It is really ridiculous. Real? What is a false living space? And what is a real dead space? What is a space?

I am not even considering what could have given rise to such a venerable space, the creation of a roof garden, a vegetable patch or the creation of a public space which ‘gifts’ the city an extra room? Renamed ‘urban living room’, the most meaningful result of this space open to all is that it transforms underprivileged districts with their violence and difficulties into controlled sites in which mopeds must take it easy. No, what grates behind this expression used ad nauseam is still the idea that a controlled, generous and kindly architecture can have a corrective effect. Poor living conditions and eking out an existence are things of the past! In these ‘genuine living spaces’, our existence is more real than elsewhere. You will feel your lungs fill with air free from any harmful particles, ventilated air, real air.

In this emphasis, in this metaphorical exhilaration, a hint of the pretention of living artists is noticeable. They never doubt that they live more intensely than we vulgar spectators. They are constantly blown away by the magnificence of the world. They live a real life every moment and in these real living spaces we are promised they will be ecstatic and we should be with them. Yes, what we are being sold here under the blister-pack name of ‘genuine living spaces’ are theatre sets in which each person must pretend to live. When you know how tedious it is at the theatre when a play is mediocre, we are frightened of a world in which each person believes they are talented, in which any old dandy will strut across the esplanade, in which the simplest opinions will have the weight of a testament. This will be really difficult as it will all be absolutely true, or genuine. The newspaper of the USSR communist party was called Pravda, which is Russian for truth. 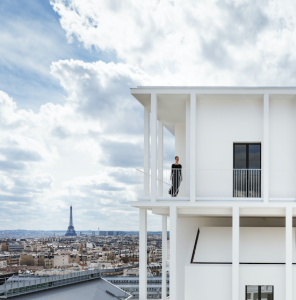