Gates of Light, Back to an sustainable future

“Gates of Light” is a lighting installation, underlining the architecture of 60 Dutch floodgates by night. At the crossroad between architecture, engineering and a science-fiction movie, the Daan Roosegaarde’s work is part of the renovation of the Afsluitdijk, a 32km long dyke in the north of the Netherlands.

In the Netherlands, dykes have a sort-of-sacred character. One third of the lands are situated below the sea level, and would be flooded if it was not for these installations. Built between 1927 and 1932, the Afsluitdijk separates the Ijsselmeer artificial lake from the Waddenzee sea, North-East to Amsterdam. This engineering work is the largest of the Zuiderzee works, which transformed a former inner see into lakes, to control floods and tides. The 60 floodgates of this dyke were designed by Dirk Roosenburg, architect and grandfather of Rem Koolhaas. 85 years after being built, salt water and sea winds have gnawed the concrete; the government has missioned Studio Roosegaarde to renovate and highlight those floodgates.

For Daan Roosegaarde, architect and designer, this project was not about modifying or adding anything to the original architecture of the gates. He declares in an interview given to Dezeen “They are beautiful buildings, those doors are shaped like temples”. To bring out the balance between engineering and architecture, Studio Roosegaarde underlined the design with retroreflective material, which allows to limit light pollution, and is resistant to harsh weather conditions. By night, cars headlights illuminate the floodgates.

The result feels almost unreal, as if cars were driving through a science fiction movie. As the architect states, this installation is a concrete example of a futuristic and energy neutral landscape. The architect has been inspired by nature: the retroreflective material imitates the color of butterfly wings, and aims to prove that architecture preservation, aesthetics and environmental concerns can work together.

“Gates of Light” is one of the three installations of the Icoon Afsluitdijk project. The two others were “Windvogel”, smart kites that can generate energy just like a dynamo on a bicycle ; and “Glowing Nature”, an exhibition in a former bunker, in which visitors can interact with bio-luminescent algae, presented as the future of urban lighting. Those two installations are visible
until the 21st of January 2018. 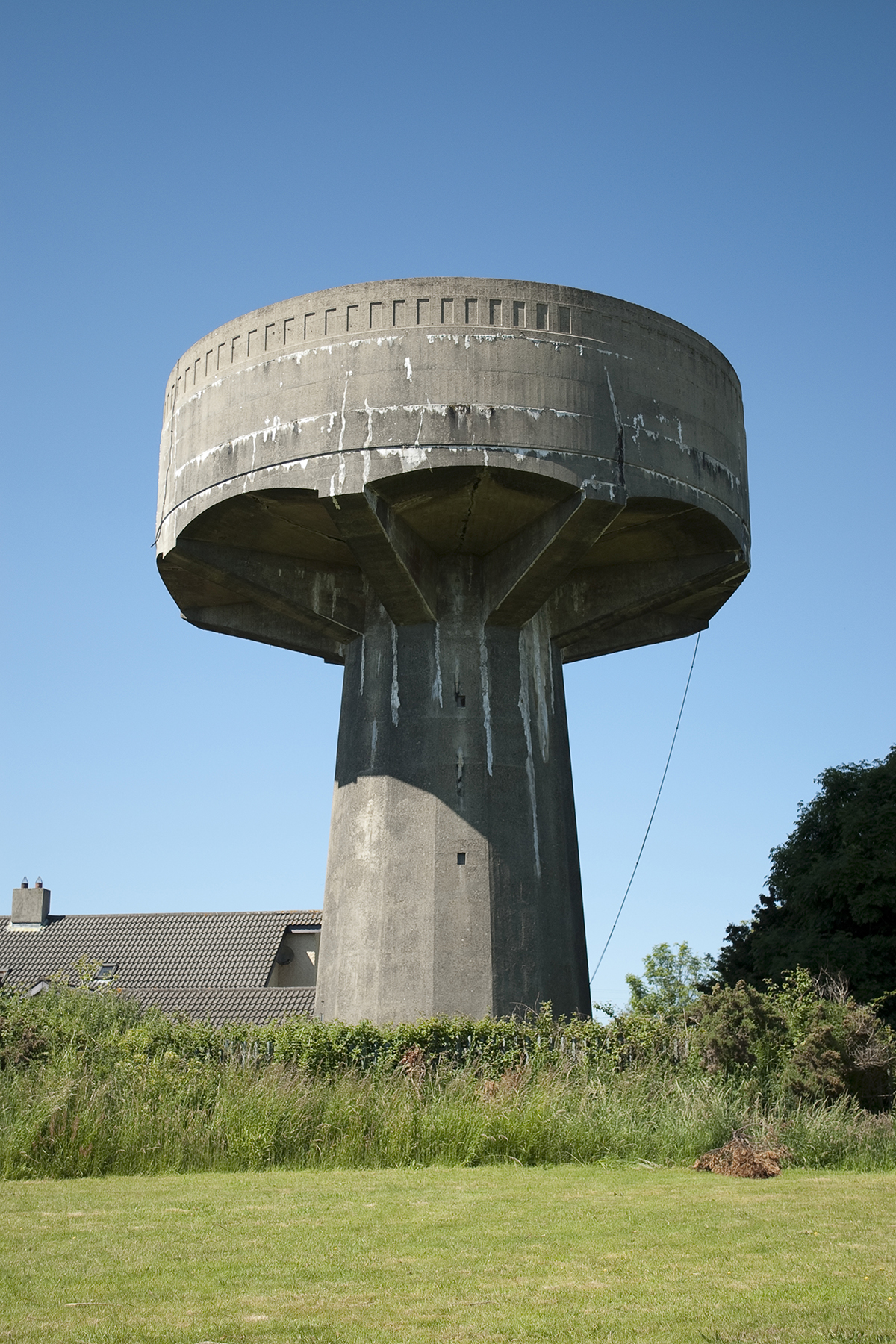 Water Towers of Ireland is a research project undertaken by photograph Jamie Young and ongoing since ...More about