The Luchtsingel Bridge is a 390 meter long temporary footbridge in the North of Rotterdam. Completed in 2015, it crosses an office building, unocuppied a few years ago, and connects three districts together, which were separated by urbanism operations after the war. Throwback on this except norms project, with inedit images from the studio ZUS (Zones Urbaines Sensibles).

Nowadays, Rotterdam is a city more for cars, with huge avenues surrounded by office buildings. In 2007, Elma van Boxel and Kristian Koreman, from the studio ZUS, notice an empty office building in Central District, the Schieblock. They start the whole legal process in order to be able to occupy the building.

The dutch studio launched I Make Rotterdam, an approach led by the city and the International Architecture Biennal Rotterdam. This initiative aimed at studying urbanism through small and participative interventions. This new district was renamed Test Site Rotterdam, 18 interventions were planned.

To connect them together, ZUS designed the Luchtsingel Bridge, supposed to last 15 years. Its yellow color symbolizes the temporary aspect of the project, it was partially funded by a Crowdfunding operation in 2011. Each inhabitant could fund the project by paying a wood board, which is a very unit of the project, between 25 to 1 250 euros. They could carve a message into it. In the end, more than 8 000 boards were sold. In 2012, the Luchtsingel won the Rotterdam City Initiative, which enabled further financing on the construction

The construction was divided in 6 steps, the last one ends in 2014. It is not just a bridge. Indeed, the whole district is converted : on the Schieblock’s roof, the office building crossed by the bridge, a urban farm is organised, the DakAkker. Moreover, the courtyard behind the building, Delfstehof, is now a famous place where several events are organised ; the Pompenburg Park, at the foot of the footbridge, is a park for children, along withurban farming. With this project, ZUS develops the idea of a permanent temporality, and offers an experimental city.

The bridge and the global intervention in the district is a success. Therefore, we may wonder if and how a temporary structure can become a permanent installation. 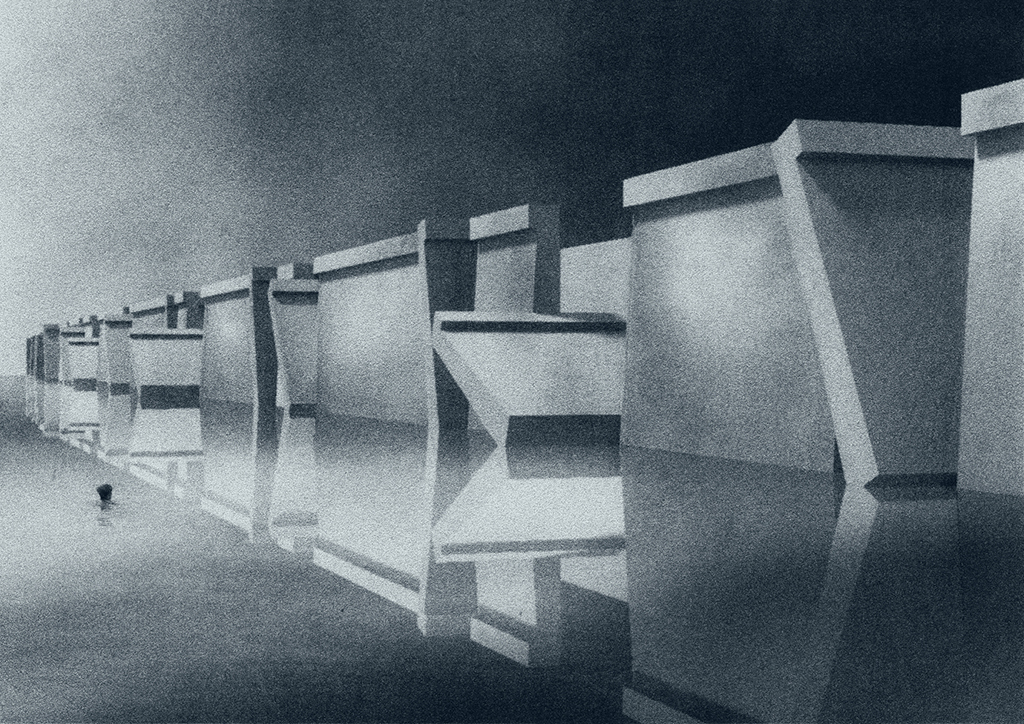 The Netherlands erected the colossal Delta Works in order to protect the country from flooding ...More about