Every year, the celebrated competition on architecture and urban planning ideas “Europan” proposes a common theme on different sites in about 20 European countries. On December 3, the winners of the 2015 competition were announced. The theme was “the adaptable city.” Awarded a special mention, the “Iepen House” project is based on the local population’s participation in developing public spaces in abandoned areas of the city centre. Interview with the project’s four creators, Marco Manunta, Daniele Pasin, Lidia Savioli and Chiara Violi.

Why did you take part in the 2015 Europan?
Entering this internationally renowned competition was the opportunity to compare ourselves to other talented architects, outside the professional framework. Moreover, being able to express ourselves on an open urban theme like the “adaptable city” made it possible to enrich our personal reflection.

Among the sites proposed, why did you choose the city of Leeuwarden in the Netherlands?
Mainly for feasibility reasons: this city will host the European Capital of Culture in 2018. It would therefore involve a concrete urban scenario providing solid bases for reflection on the project. The site’s specificity also means the project could be built, notably thanks to the funding generated by the cultural event.

What critical analysis of the city did you use to back your reflection?
Faced with the drop in the city centre’s appeal and the exodus of the population to the outskirts, an increasing number of spaces have been left vacant in Leeuwarden. The future of these unoccupied spaces is a real issue for the city. The investments allocated to the organization of this major event, the European Capital of culture, were an opportunity to give these abandoned spaces a function. We can also add the community values that have lasted since the period when the battle against the rise in water level on the Dutch coast brought the inhabitants together to pool their forces, a characteristic that strongly guided the project’s intentions.

How do you define your project’s concept?
Implementing an urban regeneration of the city centre by reinterpreting the city’s many vacant spaces. In this way, the concept envisaged to reattribute a function to empty commercial premises to turn them into shared and freely accessible common spaces that can be used for a kitchen, library or recreation. The interest being to propose an inexpensive urban intervention that is developed from the existing built space and based largely on the inhabitants’ spirit of solidarity.

What do you think will happen with this project?
Unfortunately, the project won’t take concrete form for financial reasons. But it is really about developing an urban strategy more than an emblematic architectural construction. The goal was to set up a system that could be exported by adapting to cities with the same problems. For the moment, we therefore created a website “Iepen House” that informs citizens and potential investors to encourage their motivation and urge them to participate in the development of a project like this elsewhere. 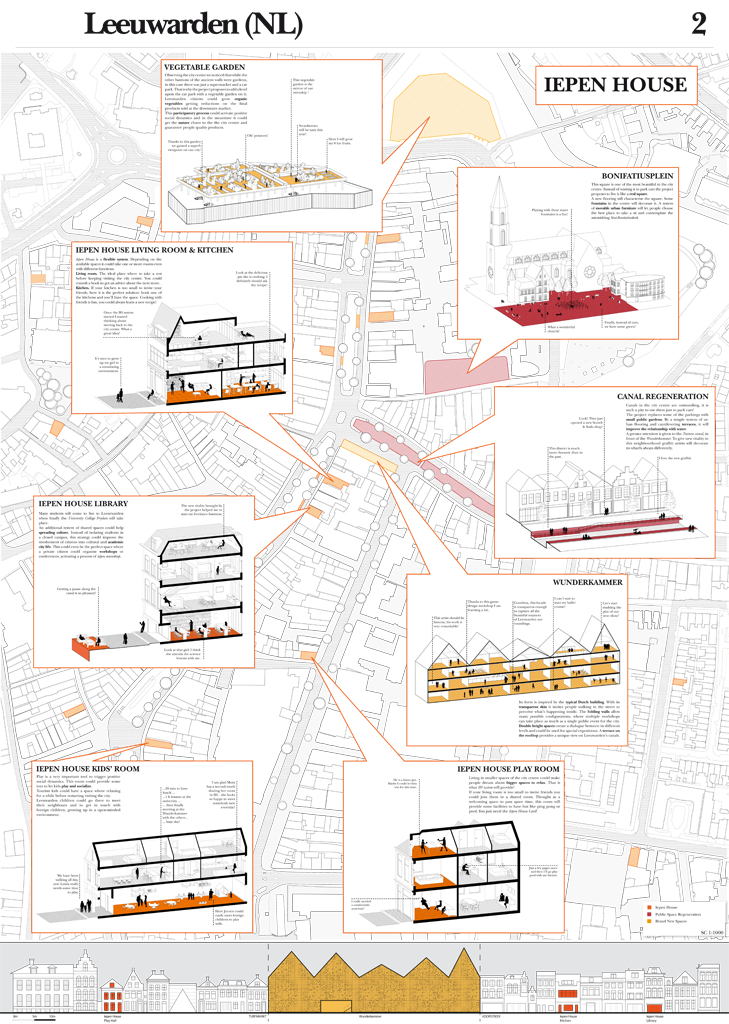 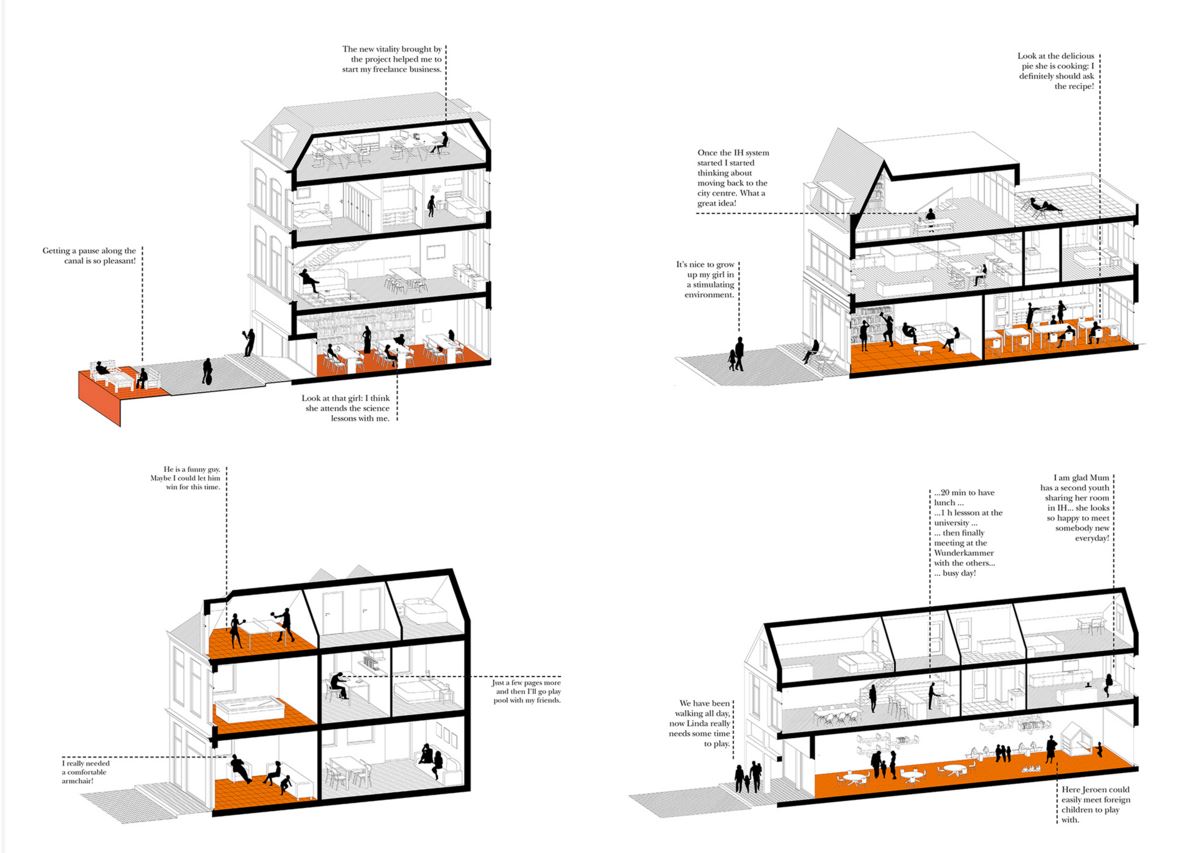 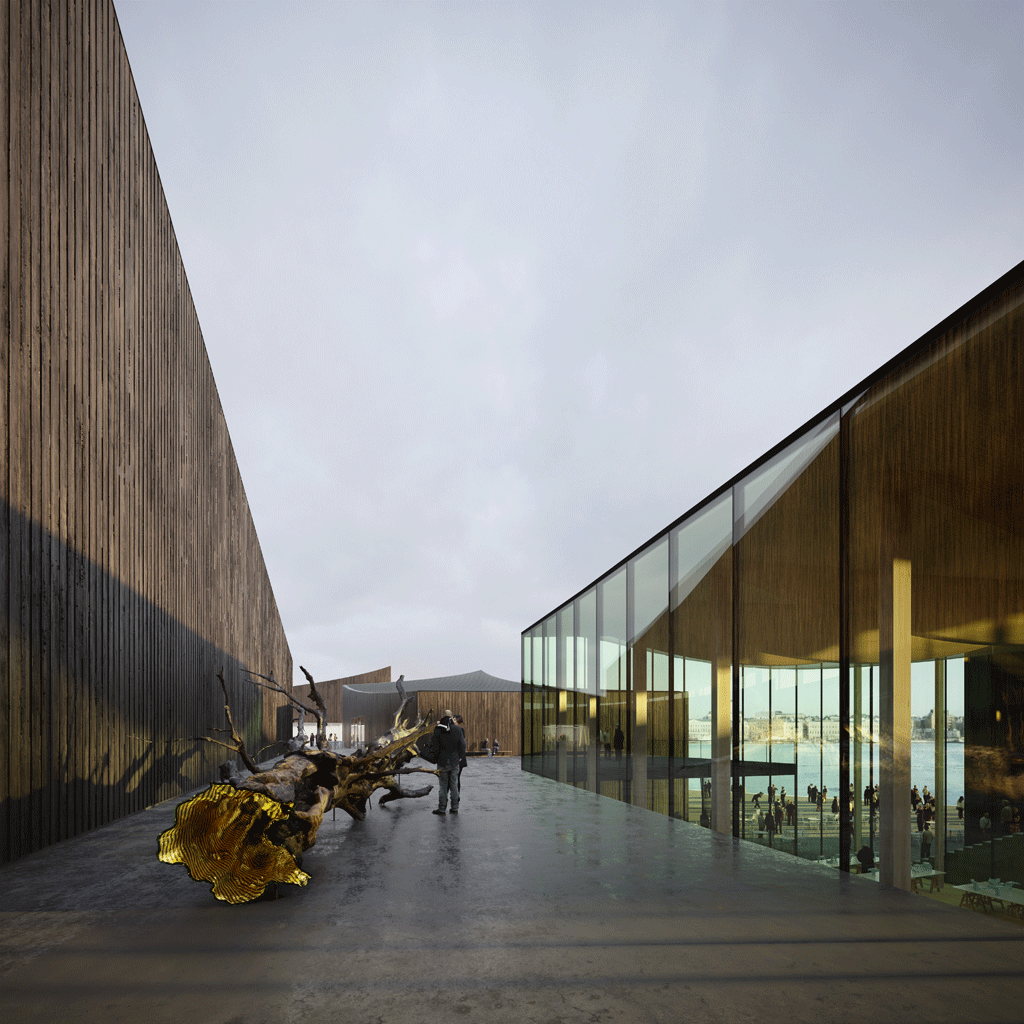 This Tuesday, 23 June, the jury of the competition for the Helsinki Guggenheim, whose president is ...More about 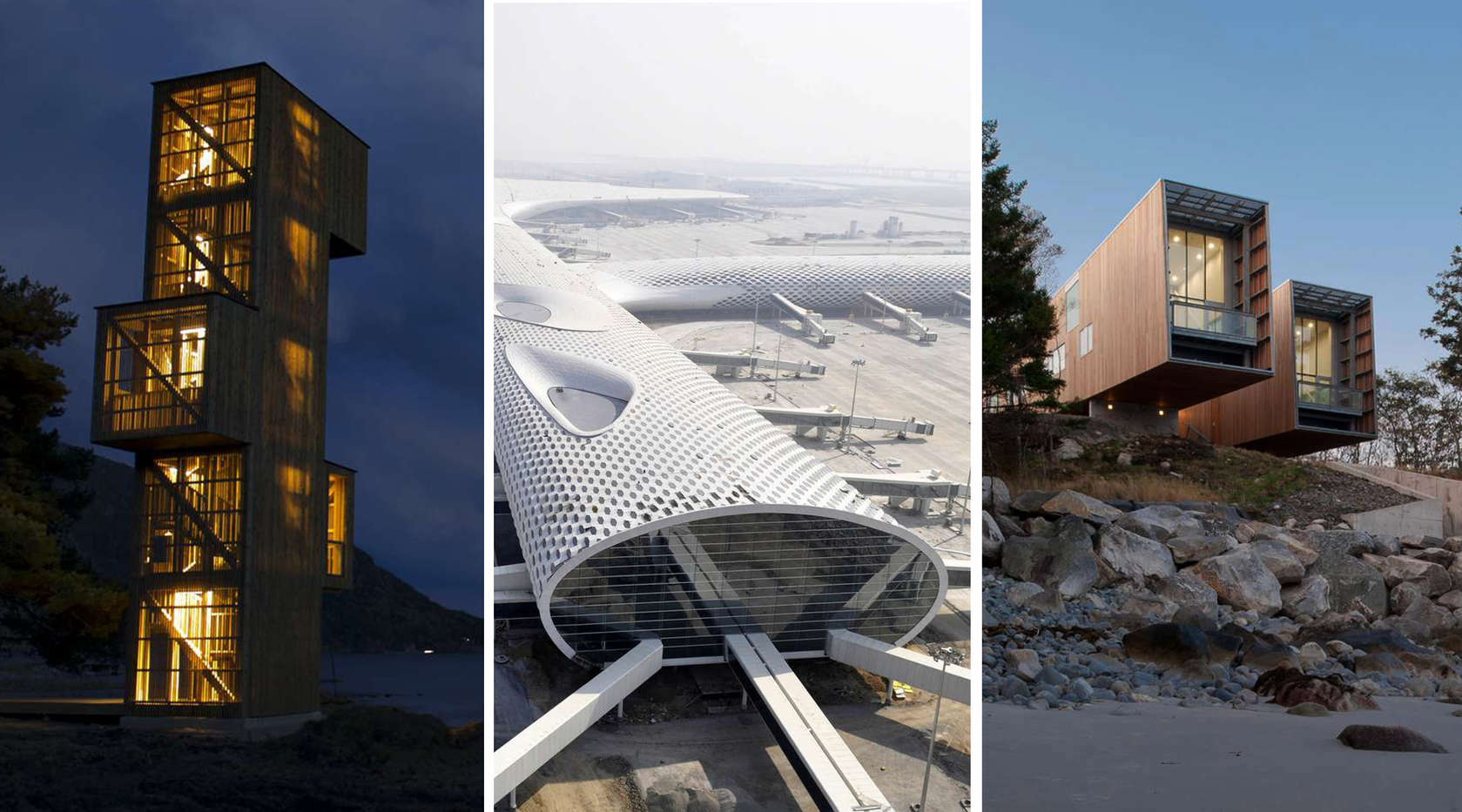 As the early entry deadline for the fourth annual A+Awards approaches, AA has decided to look back ...More about

At a time when sports infrastructures are regional development initiators, sport is more than ever tied ...More about