In 2014, the LafargeHolcim “Next Generation” 1st Prize for Europe went to Hani Jaber, Ricardo Mayor, Héctor Muñoz, and Ignacio Taus of D.A.T. Pangea (Spain) for a series of three socially focused architectural designs, entitled “X Marks the Spot”. Their portfolio of projects included a spatial plan and agricultural restructure, a productive urban garden as well as temporary spaces for public engagement. The jury was impressed by the design propositions that aim for a dialog between architecture and politics, taking key social problems into consideration while offering appropriate design solutions to address specific issues at hand.

As the 5th LafargeHolcim Awards for sustainable construction competition is getting closer, Hani Jaber answers AA’s questions and tells us more about the impact of the Award on his work as an architect.

AA. Could you describe the project you submitted to the LafargeHolcim Foundation for sustainable construction for which you won an Award? What is the current status of this project?

Hani Jaber. We were awarded for 3 different projects whose design propositions aim for a dialog between architecture and politics, taking key social problems into consideration while offering appropriate design solutions to address specific issues at hand. The projects tackle, for example, the devastating social conditions of workers in the agricultural sector in the region of Almería in Southeast Spain and the lack of public parks in cities and towns throughout the region. Similarly, measures are offered to improve the role of public spaces in neighborhoods in the city of Madrid. Considering the shared spirit of the group, the jury strongly recommended an equal sharing of the prize awarded to the team.

The jury awarded the first prize in the “Next Generation” category for Europe to a group of young architects from Spain who submitted a range of excellent projects planned for Pujaire and Roquetas de Mar in Almería in Southeast Spain, and also in Madrid. The individual entries made it to the last round of jury deliberations and were all deemed exceptional both in terms of content and form. In these unusual circumstances, the prize was conferred to a collection of projects made by the group of designers rather than to a single project. In this regard, the group’s name is significant. “Designs for Architectural Territories” (D.A.T.) is more than a simple designation of an architectural collaboration, but stands for a program of action – where architectural design is a method to raise and potentially solve societal deficiencies. In the recent past, our office started intense research about new architectural aspects based on sustainability, politics and education.

Hani Jaber. First of all, this Award has allowed us to create a global network and broaden our horizon. Recently, we have developed several interesting works, one of them, in France, is a 21 meters geodesic dome design for the collective POC21. On this project, we collaborated with Quatorze, a French collective of architects, committed to encourage social and responsible projects. We are really proud of it.

Secondly, from the moment we received the Award, we have kept our personal research, looking for a new architectural perspective, focus on social needs; we are thinking on how architecture could be somehow a learning platform for a better society. The world needs a change and we have to give an answer because the architect plays a major role in reshaping the society. Consequently, this Award has also boosted our self-confidence in our career and has encouraged us to work towards a positive change. And finally, it made us dream and believe that there are a lot of people who are interested in the concept of sustainability, so we are working on these ideas and developing a viable solution.

Hani Jaber. Currently, we are developing several works. A really significant one is a “tiny house” for Europe. We also It was thought as a house without land, as an answer to the thousands of refugees and immigrants who are running away from their country. They arrive to Europe, every day looking for a livelihood. But, they are not allowed to do so, as they are not EU citizens, they can’t have a new home. So, we give an answer to this social problem! Simply by giving a home without land, without property, and really easy to built with some help from the current local factories and Fablabs inside the city, that allows to create an open source tiny house. We have built the first prototype, and now, we are also looking for sponsors to help us develop a second one as an open source where everyone can get the knowledge to build his/her own home and live anywhere.

On the other hand, we are in touch with some companies, talking about a partnership to build an ephemeral pavilion in a public space as a way to show how architecture could be an answer to the current society issues, far away of the branding architecture. Yes, we are in touch with LafargeHolcim, and they are really interested in our research – they are trying to support us, giving us voice in workshops and congress, which means new opportunities for us.

To know more about DAT Pangea and their current projects: http://www.datpangea.com 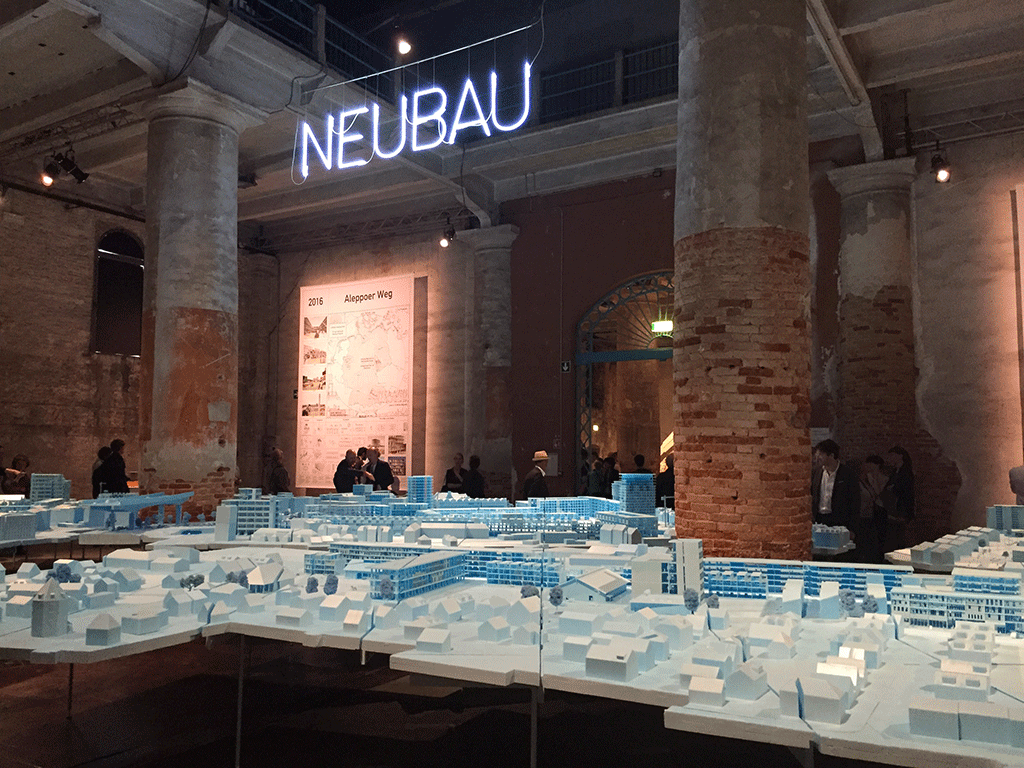 Freshly back from Venise, AA’s editorial team has put together a review of the 15th Venice ...More about