In 1982, Renée Gailhoustet delivered the “Le Liégat” in Ivry-sur-Seine, whose original forms created a new typology, at the crossroads of individual and collective housing. Within each improvement in the field of social housing, in addition to talented architects, there is the will of a contracting authority, encouraged by State policies – Renée Gailhoustet herself was appointed chief architect of the city of Ivry-sur-Seine, from 1962 to 1969.

In the early 1960s began a reflection on alternative forms of social housing. In the city of Ivry-sur-Seine, Jean Renaudie and Renée Gailhoustet devised new typologies to rebuild the city centre, which constitute nowadays models of what experimentation “à la française” had been in the field of social housing.

Read the full article by clicking the picture below, extract from AA 4016 – Transformations – still available in our online store. 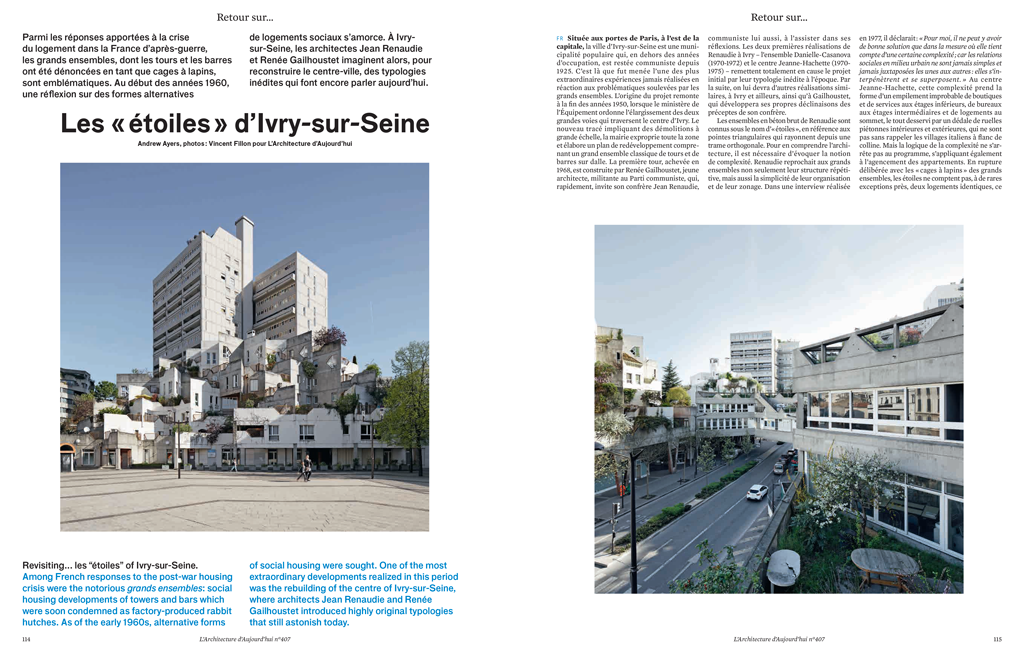 AA also published Renaudie and Gailhoustet’s project in 1971 in our 153rd issue. Here is some extracts.