A martian settlement by Makhno Studio

In 2020, in the midst of an international lockdown, Ukrainian architects from Makhno Studio, founded by architect and designer Serguey Makhno, imagines a scenario in which it has become impossible to live on Earth and designs Plan B, an underground bunker for the occasion. In 2021, the health crisis is still here: this time the agency imagines Plan C, a plan to colonise the planet Mars. With its high atmospheric pressure, low gravity, temperatures of around -50°C and frequent sandstorms of up to 100 m/s, Mars is considered a hostile place for humans. However, it is here that the Makhno Studio agency is proposing to set up a human colony in the form of a ring-shaped project, which the agency has nicknamed “bagel”. Welcome to “Plan C”, a megastructure nestled in the hollow of a crater that protects it from sandstorms and radiation.

The bagel is divided into several program sequences, half is occupied by dormitories, and the other half by common spaces, technical areas, research places. The hall is a path that connects the areas between them and is dedicated to sports activity and walking, where trees grow thanks to a phyto lighting system. Among the vital zones for the space colony, there is a medical care center with an isolation room, a research center that monitors the planets and the atmosphere, an administrative block, chemical and biological laboratories, and an agricultural zone, with spherical greenhouses that contain the cultivation of fruits and vegetables lit with phyto-lamps.

Half of the bagel is used for dormitories with rooms designed for one or two people. Each room has a large screen on the ceiling that projects landscapes. To facilitate community life, there is a foyer, a place to meet and celebrate, with a hologram of the planet Earth in its center. But it is also possible to isolate oneself, in a floating capsule, which is a place of recovery, of “restarting of the consciousness and of immersion”. The purpose of the capsule is to help the new inhabitants of Mars to free their thoughts in order to adapt to their new condition.

A bivouac suspended in the high mountains, a mirrored volume planted in the desert, follies designed ...More about

Halley VI, a station in Antarctica 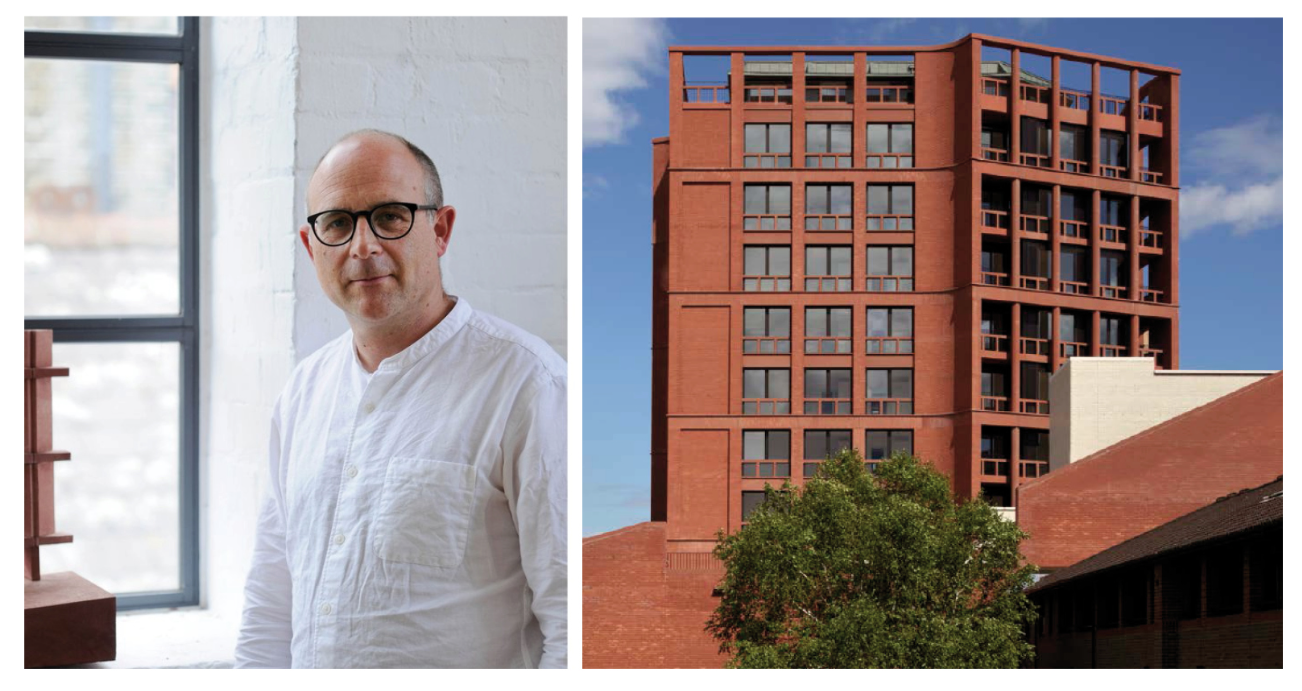 As cofounder of studio Henley Halebrown in 1995 (laureate of 8 RIBA awards) and author or the ...More about