Since it was submitted to the council of ministers in April 2018, it is the number one cause for French architects. The Elan Act — passed at the Senate on 26th July this year and examined during a joint parliamentary committee next 19 September — will lead to a “repeating of the errors made in the 1960s and 1970s”, according to Denis Dessus, President of the National Order of Architects. 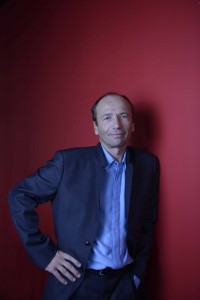 L’Architecture d’Aujourd’hui: At what point did the Order become involved in the debate?

Denis Dessus: It has been a long-term endeavour, which started over a year ago. Throughout last year, the Order worked with local authority landlords to develop proposals within the framework of the draft bill. At the beginning of 2018, we took part in the ‘conference of consensus about housing’ organised at the request of the Senate, because an essential part of the bill, the one concerning local authorities, had not been included in the draft on the grounds of being “under negotiation”. In spite of our repeated requests, the Order of Architects was never included in these negotiations, which directly concern the profession.

Last May, the creation of a collective called Ambition Logement – which, apart from the architects, includes non-profit organisations for users and for accessible housing, federations for sites and landscapes, environment, accessibility, and unions, as well as professional and student associations – allowed our words to reach the parliamentarians.

What are the main points of the bill to which the CNOA objects?

This bill does not resolve the issue of substandard housing. It turns social housing into a financial product, pushing local authorities and landlords to sell assets/estates paid for with public money and by now largely amortised. It does not meet any of the objectives of the slogan “to build better, more and cheaper”. On the contrary, everything is set to dismantle the Private Prime Contracting law, which ensures quality control in the construction process. The new bill is beneficial to a few powerful groups in Building and Public Works, which – now that they are rid of independent project management and the competition from small to medium-size businesses – will now be able to pick up public sector projects. It will also benefit developers – if it becomes effectively possible to acquire 100 per cent of a public social housing deal prior to completion of construction – and to the future shareholders of companies born of the fusion of social housing organisations. What was needed was time to tackle the issue of renovation, for instance, instead of knocking down a system that works. In 2017, we beat records for building new housing, but the combined effects of the Finances 2018 bill and the Elan draft bill are already being felt, and the pace of construction is slowing down.

What remains within the power of the CNOA, now that the bill has been passed by the Senate?

We will do what we can until the very last decree, order or warrant, to improve the contents of the bill. As we have been saying over the past several months, we are ready to work on these matters with the players involved. Whatever happens, we will continue to fulfil our goals, to propose solutions and operational modes so that French architecture remains exemplary.

To learn more about the actions of Ambition Logement, please click here.
Find out our 426th issue, dedicated to engagement in architecture, on our online store.

The Elan Act, a gross error

French architect Marc Barani was thrust into the spotlight in 2008, when he was awarded Équerre ...More about

Wang Shu and Lu Wenyu. Yes we can!

They’ve put China back on the architectural map with a know-how that makes their Western counterparts ...More about