In 2018, Marc Barani completed one of Beirut’s very few public spaces: the tomb and memorial of former Prime Minister Rafic Hariri. “This mausoleum isn’t a building but sculpted ground,” the architect emphasises, as he explains the stakes of a project that “holds on to the status of monument”.

14 February 2005: a car bomb attack against the Lebanese former Prime Minister Rafic Hariri rips the ground open to create a deep crater, destroying the façades of buildings of Minet el-Hosn street along the seafront. His body and those of seven bodyguards are buried on Martyrs’ Square, at the foot of the Mohammad al-Amine mosque —directly in the ground, in accordance with Sunni tradition. The land was to be rebuilt to host a mausoleum, which the family envisaged as a walled garden.

The city, largely destroyed during the civil war, with many religious buildings since restored by various Lebanese communities, is fascinating. A series of built complexes undergoing reconstruction seems to be suspended like tectonic plates in motion, simultaneously separated and united by the void which destruction has left behind.

Asphalt, soil, rock, and on the outskirts of the old city, a large breach revealing a jumble of ruins a few metres below: the city looks as though it is being dissected, pulled between the different poles that make up its history over a bedrock of vestiges that stratifies and condenses its past. This layering, at times invisible, at times in plain view, attests to Beirut’s violent past, and successive tabula rasa events all the way back to the Phoenicians, making the city one of the richest palimpsests in the Mediterranean, at the junction between East and West. The mausoleum isn’t a building; it is sculpted ground, on a gently sloping site,surrounding the bodies.

It maintains a void that echoes other voids, to keep their memory alive after they have been resorbed in the reconstruction of the city centre. Yet the project holds on to its status as a monument. The precise assembling of massive limestone blocks weighing up to fifteen tons brings durability to the construction and gives it the power to withstand the passage of time. The moulded, excavated ground is evocative both of ruins and the foundations of a future edifice, thus making it possible for the mausoleum to exist in an ambiguous space, suspended between past and future.

The project tries to moderate this sensation by creating a physical experience of the place, where the body becomes the measure of space. From the upper part, the ground is overlaid with stone and leads visitors down the slope from a horizontal plan that goes across the tomb of Hariri and the perimeter blocks on the side of the ruins. From the lower part, this horizontal plan is precisely arranged at eye level so as to create a clean line that structures the horizon. The plateau of the tomb then appears without vanishing perspective in its upper part, with visitors poised on the line between land and sky.

This monument is 1.6 metres high, designed like a stage set and meant for contemplation. A void has been devised to signify and emphasise absence, within a city that is both rough and tender, gentle and violent, and indomitable. To come and reflect on the tombs of Hariri and his companions also means walking along a spiral path offering a succession of vistas of the sea and the mountains, and pictorial views of the Roman ruins, going through the nineteenth century city, all the way to the Beirut of today and its coruscating towers.

Rafic Hariri symbolised the possibility of unity in Lebanon, for which he was made to pay with his life. The Cedar Revolution which followed his assassination partly carried out his wishes for a free and independent Lebanon. The memory of a public figure of such stature had to be honoured in a public area, or at least a space open to the public, without fences and with free access to all, in a city where there are less and less of such public spaces- and where each community tends to mark its territory in an exclusive fashion.

Indeed, giving the mausoleum the status of public space, in this case, that of a square, endows it with an actual relevance for today but also for the future when the memory of the events will have started fading. It means rooting it in Beirut’s soil and in the traces of the city’s history. The Lebanese have a lovely phrase to describe public space and the freedom it allows. They say these spaces are free because they are ‘under the sky’.

This text by Marc Barani is an extract from AA 432nd issue – Heritage and innovation – available on our online store. 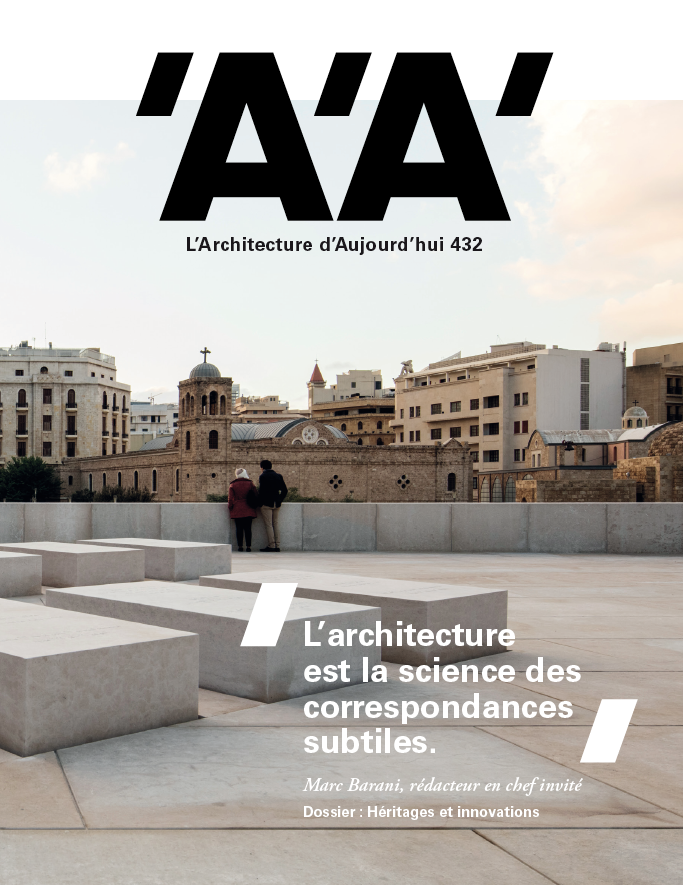 For its September issue, AA has invited the architect Marc Barani to collaborate with the editorial team ...More about 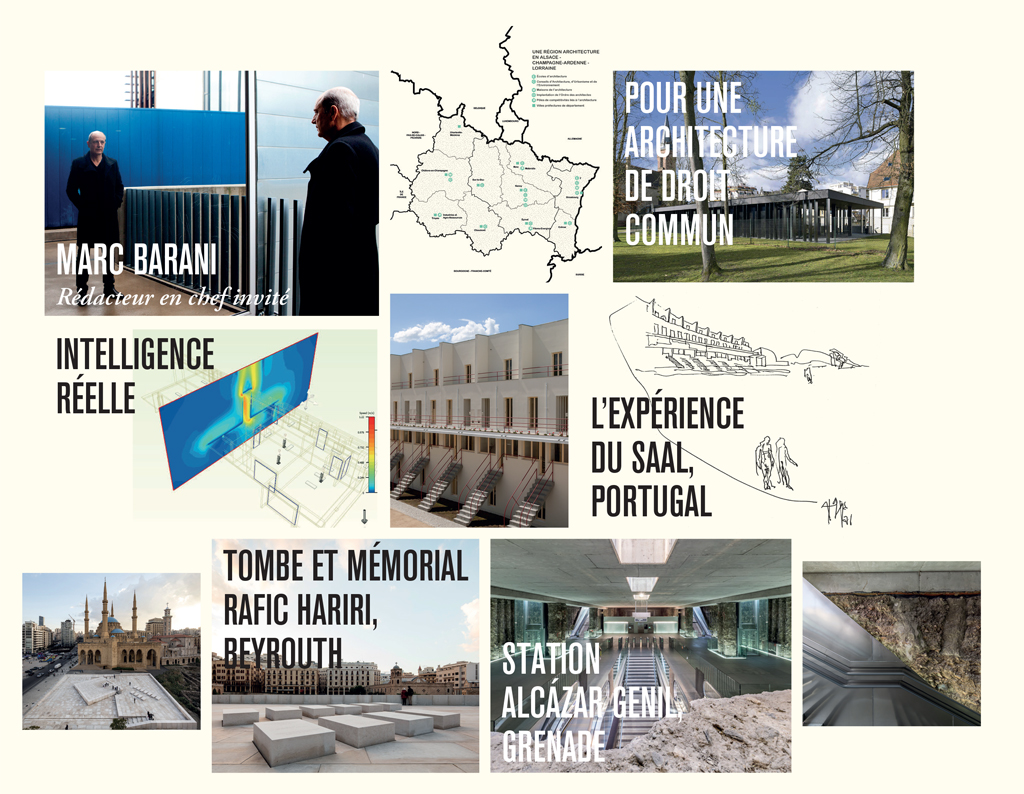 In the table of contents of AA 432, September 2019: NEWS Three questions to Guillaume Aubry ...More about 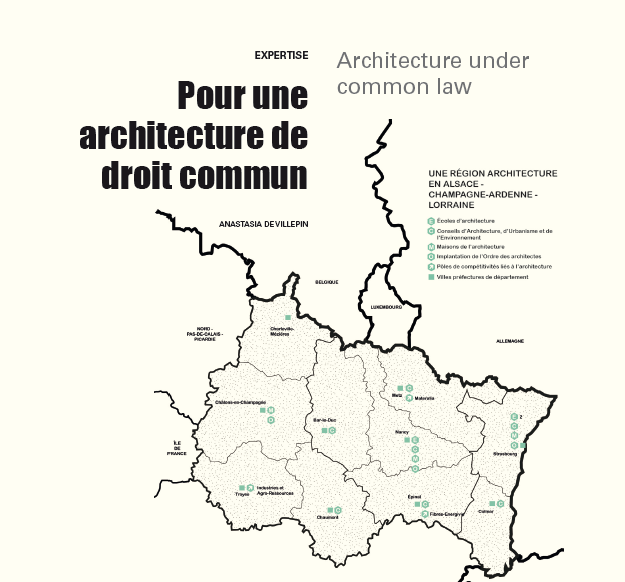 Région Architecture, a multifarious cluster active in the Région Grand Est, has been rising to the ...More about