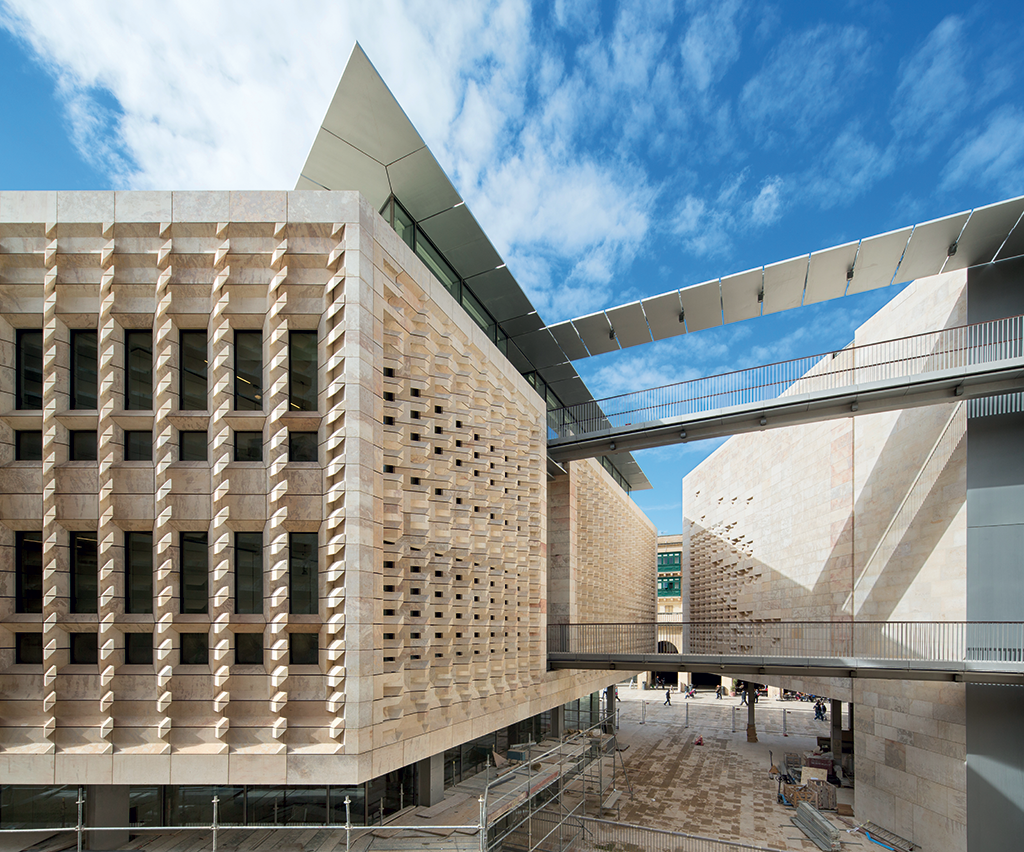 Renzo Piano Building Workshop + Architecture Project, La Valletta City Gate, Malta, 2015.
Construction. Demolition. Reconstruction. History paves the landscape with monuments which a few heroes, conquerors and other opportunists try to claim as their own. The English occupation of the island of Malta was marked not least by the creation of a Royal Opera House and a monumental gateway through the city wall. World War II destroyed the former and independence, the latter.
An article by Jean-Philippe Hugron.

Rudy Ricciotti Architecte, La Capitelle, 83 social housing units, Le Crès, France, 2014.
“Architecture with an identity does exist, it is not a conspiracy”, says architect Rudy Ricciotti about his social, rented and mid-range housing project, built in 2014 in the Via Domitia ZAC (mixed development zone), roughly 10 kilometres North of Montpellier.
An article by Cécile Brunengo.

Skene Catling de la Peña, Flint House, Buckinghamshire, United Kingdom, 2015.
Awarded with the 2015 “Riba House of the Year”, the Flint House sits on the land of the Rothschilds’ vast faux chateau, Waddesdon Manor. If the great nineteenth century house aims to be a work of pure artifice, then the Flint House aims to be a thing emerging directly and brutally from the topography and the geology of the estate.
An article by Edwin Heathcote.