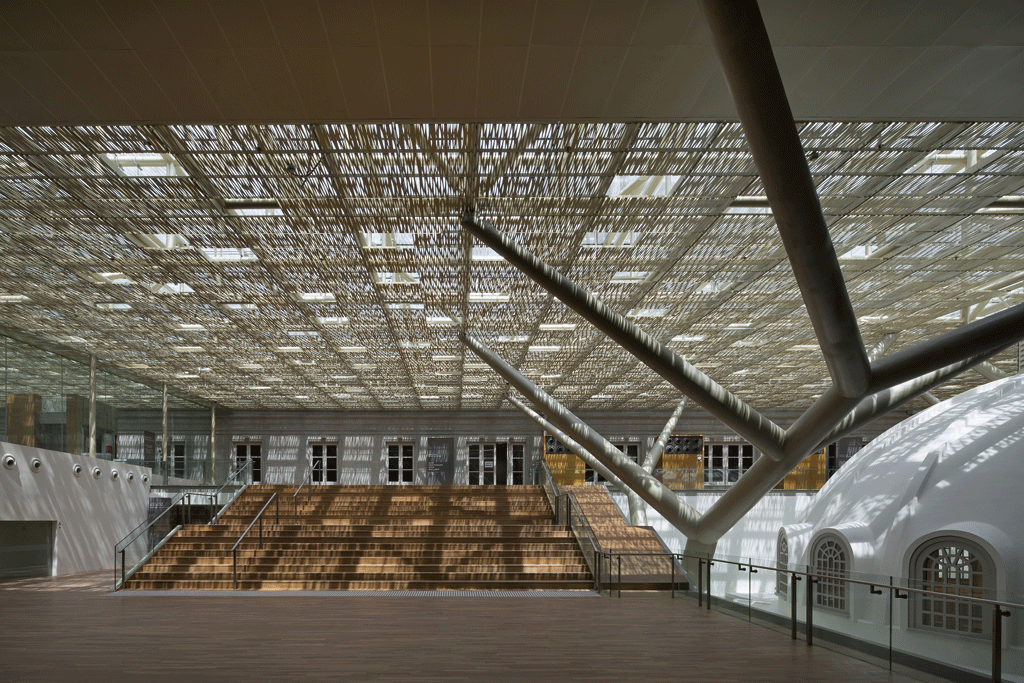 The pair of buildings that house Singapore’s new National Gallery are a kind of collective unconscious of a colonial era. It is perfect then that these very British, Beaux Arts buildings, symbols of empire, should be turned back to public use and used to focus attention on the region – becoming the world’s first major museum of South East Asian art. Built in the 1920s and 1930s, the old Supreme Court and the City Hall formed the solid core of the city – opposite a public garden square and a cricket pitch. It is an extraordinarily English ensemble. 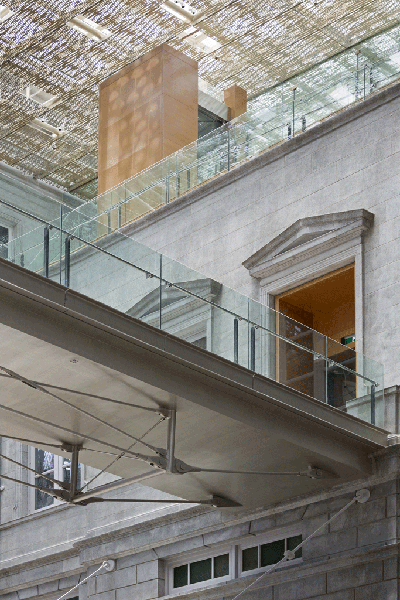 The architects, Studio Milou with local practice CPG Consultants, have responded brilliantly to the dilemma of how to bring these huge, forbidding buildings back into public use. They have opened up the street which separated them into a lobby and draped a delicate membrane over the roof, allowing it to fall over the new entrance like an elegant awning. Pierced in a manner reminiscent of rattan this provides a new canopy and marker of the entrance, a clear public welcome. The now encased street creates a lofty lobby of an appropriate scale but the myriad rooms of the historic buildings afford a seemingly endless succession of varied and remarkable galleries. There are myriad different scales and materials, from court rooms (complete with their original fittings including dock and judge’s chair) and monumental halls – capable of accommodating a suitably rich selection of types and media of art.

The progress from gallery to gallery appears seamless, a real feat of skill from the designers, but they have also clearly been limited by working within the confines of the existing fabric. That is until you reach the roof. Here a new level has been made to crown the buildings and bring them together. Defined by its covering of the pierced metal membrane and the dappled shade it provides, the vast new public space appears like a new building – albeit with elements of the historical setters (including a dome) sticking up through it at intervals. The visitor is always aware of the city, the surroundings and the historic fabric. The roof is propped up a steel columns designed to resemble fractal trees. They jar a little with the heaviness of the Beaux Arts stone – but it is still an ingenious solution to a difficult engineering problem which involved a kind of acupuncture approach to the supports.

In some cities, one might be nervous about the symbolism of such buildings and the powerful symbolism of a colonial era architecture but Singapore, with its history of peaceful transition to independence and a subsequent good relationship with its one time imperial power, seems to shrug off such concerns. This is a pair of buildings which housed momentous events (including the surrender of the Japanese army in 1945 and the declaration of self governance in 1959) but which had always been a little cold, distant and forbidding – even as they defined the character of the centre of the city. Now they have been handed back to the public and the city as real civic infrastructure and a celebration of culture and the thoughtful integration of old and new. 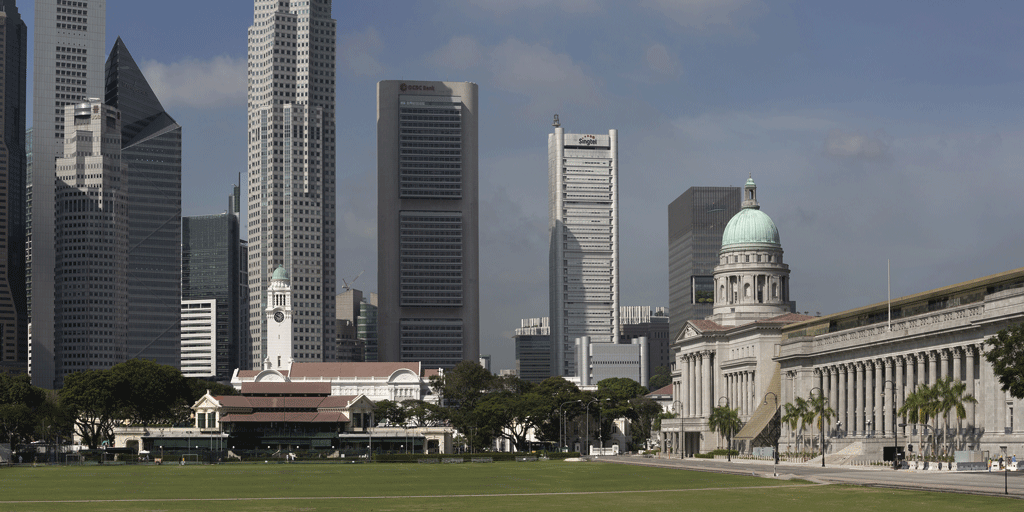 L’Architecture d’Aujourd’hui thanks The Fullerton Hotel and Singapore Airlines for making possible the journey to visit the National Gallery. 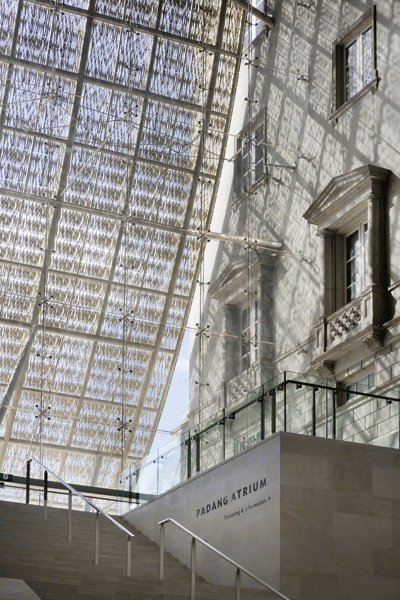 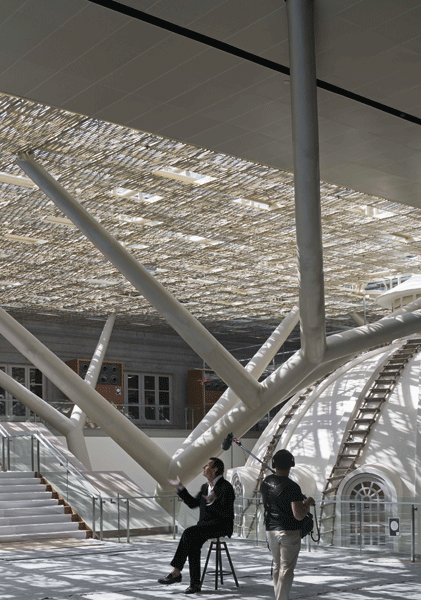