The origins of the Hut Festival

In 2016, cold sweat on the lake. The first edition of the Festival des cabanes is decided. The call for projects is published with the fear of receiving only a few insufficient responses. To mitigate this risk, four agencies composed of promising architects are invited to realize four of the twelve promised cabins. While the application files and their models are slow to arrive, the anxiety rises a notch, but, a few days before the registration deadline, documents and scale models finally arrive in quantity. That’s enough to fill a whole church! Lined up in the nave, the projects form an improbable sequence of shapes submitted to the organizers’ appreciation.

The emotion that this moment awakens rewards the effort of the festival team. When the first constructions appeared here and there in the valley, curiosity only belatedly took precedence over criticism. And for good reason, the novelty intrigued and even disturbed. Once familiar with this fantastic collection of strange constructions, the inhabitants have appropriated these huts, they have rediscovered the beauty of their landscape thanks to them. Appreciated, the huts were even more defended; they were even conscientiously repaired from an unfortunate degradation. This first edition thus ended on the optimistic note of a popular success to the point of forgetting the mocking accents of the first hours to denounce and mourn the dismantling of these beautiful installations. Here is a look at three of them.

Atelier Vecteur is a “laboratory of architecture”. It brings together since 2010 five “members”: architects, designers, artists and graphic designers. What do they have in common? “A passage at the school of architecture in Montpellier. Their goal is to “create a tool for original architectural and artistic practices to free themselves from the shackles of traditional practice. In 2012, the Workshop was noticed, for the first time, during the Festival des Architectures Vives. Installed in the courtyard of the Hôtel Saint-Côme in Montpellier, their Wood Box project had attracted all eyes. This pavilion was then presented as “the symbiosis of a cube, a controlled, rigid volume, and an ovoid with soft, irregular curves”. Shortly after, in 2013, they created La Rivière des sens for the Festival International des Jardins de Chaumont-sur-Loire: a succession of wooden frames forming a tunnel, described as a vortex, transforming the landscape at each turn, allowing itself to be invaded by vegetation on certain sections. Finally, in 2015, on the ramparts of Aigues-Mortes a surprising intervention consisting again of a tangle of wood, confirmed the good reputation of the Atelier Vecteur. The Festival des cabanes seemed to be the logical continuation of these architectural explorations.

“Age-old carcass, it is a vestige of
forgotten miraculous peaches; sculpted by the wind,
The Nest invites travel and reflection.”

On this occasion, the Workshop takes advantage of a particularly visible site, the island of the Marlens water level. It was also entrusted with nothing less than the realization of the first hut… during the first edition of the event. Also, this club of five seized the opportunity to design a demonstrative intervention, a “nest” as abstract as it is sculptural. “It’s a conversation with the lake where the intervention is reflected or even copied,” they say. The hut – which is not a hut for its detractors – presents a succession of wooden slats that accompany the visitor all along a singular labyrinth. “The rhythm sucks you in and guides you into the center of the nest. Like a refuge, it allows the visitor to isolate himself for a moment”, they continue. The fishermen saw with a bad eye the advent, on their territory, of this singular object. The absence of a roof made, in their eyes, the construction ineffective and out of use… That was until they discovered its charms, appropriated it, and finally defended it, including from its scheduled demolition. Many surprised and intrigued visitors did not see the expected nest; this forest of vertical lines – drawing by the way the top of the neighboring mountains – evokes more a “cathedral”. “A centuries-old carcass, it is a remnant of forgotten miraculous fisheries; sculpted by the wind, The Nest invites travel and reflection,” say its designers. Perhaps it also suggests calm and meditation… To fish in peace!

Between a light cannon and a giant periscope, this hut entitled “room with a view” is, according to one of its designers – Damien Vieillevigne, founder of Atelier DVA – “a refuge and a belvedere”. “The cabin is a place of intimacy and retreat,” he says. In the lower part, he imagines a shelter where everyone can “lie down in the hay”. This frugality is opposed to the richness of the landscape. Also, on the upper floor, accessible by a small ladder, the hut becomes an observation post. “It’s a space for contemplation where two people can sit on a slightly sloping floor to enjoy the view of the mountains and the sky thanks to the framing provided for this purpose,” explains the architect. However, the frail construction had to be oriented and, in this regard, Damien Vieillevigne emphasizes how much this project was born “from the desire to create a tension between the near and distant landscape. “The hut draws its singular shape from its location. Installed slightly set back from the plateau of Nantbellet, it wiggles to face the great landscape,” he explains. In fine sculptural, this hut multiplies the spatial experiments as well as the visual and plastic effects.

“The hut is the first shelter of the child confronted with the outside world, a hidden space to take refuge. For adults, it remains a place conducive to calm and dreams,” say Henry Flouzat and Clara Lamerre, architects and founders of Atelier 1:1. If the dream is the first stage of the idea, the imagination has very early sketched the contours of a nest and then a shelter. It was still necessary to give it form. Nesting treatises and other avian encyclopedias could deliver many secrets. The duo stopped on a space… of species, the nest of the “turdoid warbler”, in other words, of the river nightingale, a warbler which realizes its nest in suspension between stems of reeds. The hut would therefore be high up. Designed in connection with the place, and to promote local know-how, it is dressed in reed thatch. The Doussard reserve is home to one of the last reed beds on the shores of Lake Annecy, and Adrien Bougeard, a thatcher, was pleased to create a continuous thatch between the facade and the roof, using a complex technique known as “horizontal” thatching. 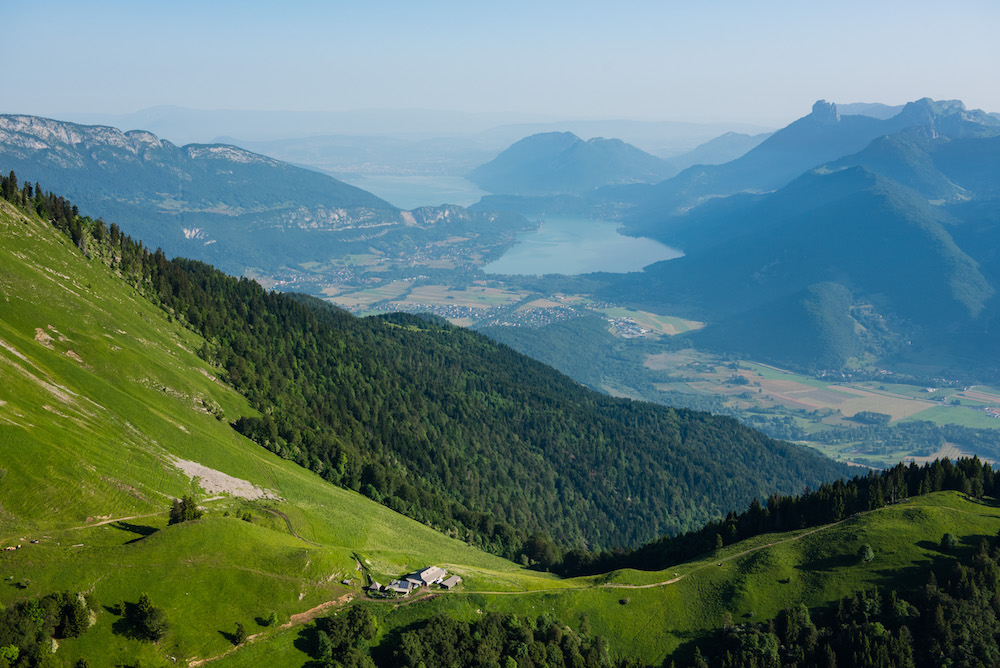 This text signed by Alain Derey – Doctor of Philosophy and Director of the National School of Architecture ...More about

The sensitive dimension of architecture

Calculations, numbers, standards… According to Philippe Burguet and David Hamerman, the art of building is increasingly ...More about 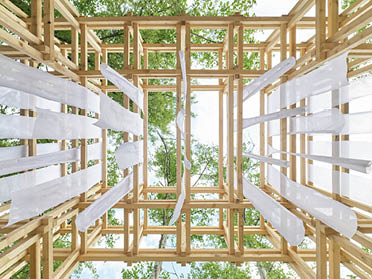