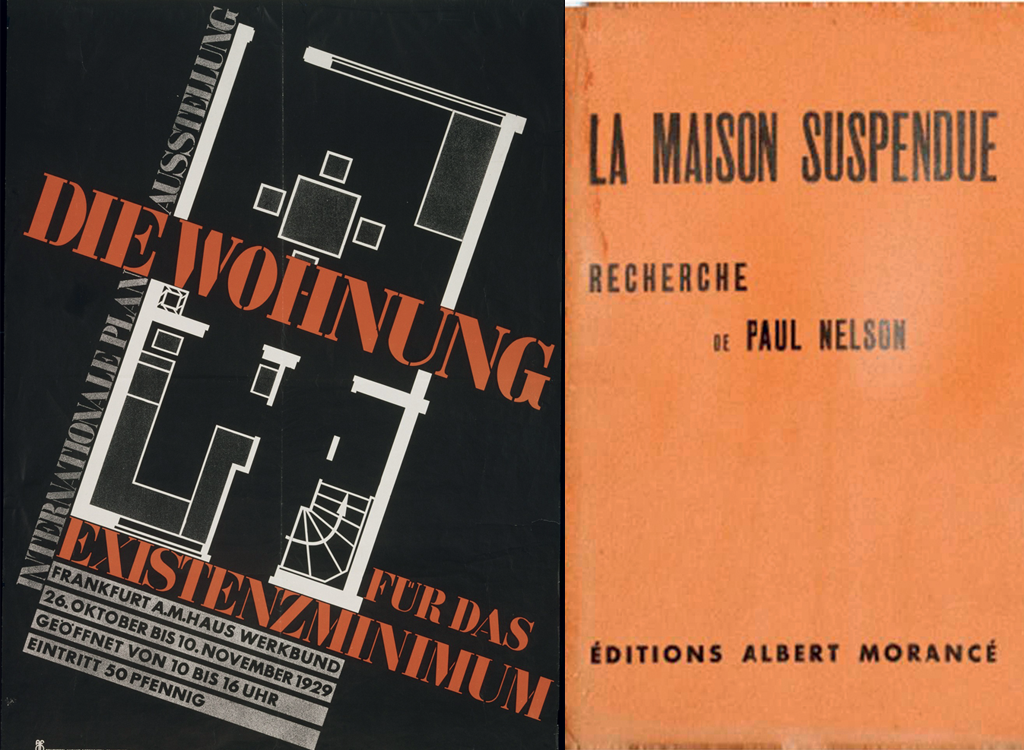 He has just completed an office building in the Lyon Confluence district in France. Swiss architect Christian Kerez, who founded his office in Zurich in 1993, shares his favorite books with AA. The architect of the single-wall house confirms his taste for radical rationality.

The book is a collection of housing plans which are represented in the same way, irrespective of their origin or architect. This compact illustration on a double page shows entire neighbourhoods of houses simultaneously, as well as the building volumes and composition/structure of the façades. I have always been attracted to remarkable discipline and rationality in plans. The diversity of this catalogue does not lie in an individualistic desire for recognition, but is based on an observation of daily life and on the sequence of domestic tasks. For all that, not one of the plans is ordinary. They are too well thought out, with every detail developed.

Brücken und Konstruktionen (Bridges and Constructions)
Robert Maillart, Max Bill Artemis
Zurich, 1969, 184 pages
Not only am I interested in the content of a book, but also its transposition into form. I am fascinated by the way in which the layout of the graphic documents builds an unconscious subject that superposes the subject itself. Through the selection and precise positioning of photographs and drawings by Max Bill, this book immerses us in the work of one of the most important engineers of modernity, Robert Maillart, without us even being aware. The relationship between landscape and architecture, between the parts and the whole, and between form and load-bearing structure are shown in incredible detail. Each of the specific elements that go towards creating the structure of a bridge is always rethought based on its inherent data and is never arbitrary.

The Suspended House was never built. Nor does this book illustrate it in any extraordinary way. The photos show a small model built with great precision, as well as simple, clear plans of the floors, façades and sections. The book is both standard documentation and an architectural manifesto, since this house was designed in a new, radically fundamental way and few architects of the 20th century have succeeded in a similar feat. The book is simple technical documentation and an important visionary manifesto of modern architecture.

This article has been published in AA N°427, available on our online store.

In July 2012, L’Architecture d’Aujourd’hui dedicated its report section to Christian Kerez; click on the image below to read the full version.

CHRISTIAN KEREZ, AN ARCHITECT OF EXCEPTION

A Swiss architect born in 1962, Christian KEREZ graduated from the École Polytechnique in Zurich and ...More about

Olafur Eliasson’s fort on the fjord

As a mechanism speaking for the fate of the contemporary urban docksides, Olafur Eliasson’s Fjordenhus could ...More about