Bifurquer, excerpt from the book supervised by Bernard Stiegler

Bifurquer — ‘bifurcation, parting ways’ — is what a panel of French researchers proposes in their eponymous book, in which they explore transition pathways that could potentially lead to an economy in sync with our biosphere. Supervised by philosopher Bernard Stiegler, this combined scientific, economic, political and social analysis lays the foundations for a new vision of work as an activity that has the potential to “de-automate automatisms”.

In the face of ongoing proletarianisation, there needs to be a revalorisation of work, which in turn must also be rede ned by means of a new concept emerging in many contemporary sources. As the philosopher André Gorz showed as early as the 1980s, work, which became work-employment in the course of industrial modernity (that is, work that one has, rather than work that one does) has lost a number of erstwhile functions. It is no longer a site of identity formation or a time of personal fulfilment for the overwhelming majority of worker-employees, especially blue-collar workers. The exponential advance of automation since then has only compounded and universalised this situation with the advent of the global phenomenon that David Graeber de ned as “bullshit jobs”. Today, bullshit jobs are no longer the preserve of blue-collar workers. Of ce employees, who sell their time spent carrying out useless, meaningless tasks, have them too.

Occupational activity that is already automated at present consists of repetitive tasks that can be programmed, standardised and routinised, and therefore formalised as a mechanical or algorithmic automation. On the other hand, what we might call work activity cannot be automated, as it consists of human beings transmitting, sharing and transforming knowledge; that knowledge is always local, collective and singular.

Here, work (travail) should be understood as distinct from labour (labeur). We refer not only to the transformation of expended physical force or energy into an exchange value, but to the investment made by an individual or a group in bringing about a product. This conception of work is closely linked to the concept of ‘trade’ or ‘craft’ developed by Richard Sennett (to overcome the Hannah Arendt’s distinction between Homo faber and animal laborans). Sennett refers not only to skilled manual work, but to “the elementary and lasting human impulse, the desire to do one’s work well in itself”. Such work activities (trade or craft), whether performed by computer programmers, doctors, artists or parents bringing up their children, evidently presuppose the acquisition of skills (such as routines and automations). But, more than this, they assume a certain capacity for innovation, invention or creation, that is, the power to de-automate what is automated in order to create novelty, through what Sennett calls “intuitive leaps”. For us, these leaps mean a change of course —a bifurcation in the circuits of transindividuation.

Through the act of working, individuals connect collectively and intergenerationally: they co- individualise and trans-individualise by transmitting knowledge to each other, and develop unique capacities through which they participate in the transformation of knowledge itself by causing it to branch off in new directions. These improbable bifurcations (which cannot be modelled by simple calculations) enrich reality in a way that cannot be reduced to mere algorithms. They make it possible to fight against the entropy caused by pervasive standardisation, as they engender a diversification of behaviours and practices, and the transformation of rules and institutions. In this sense, work can be considered as an anti-entropic activity. To this notion, which we discuss above, we add that of anti-anthropy, or activity that produces cultural and social uniqueness and historical novelty. We call this outcome negentropy (diversification and novelty, from ‘negative entropy’).

The task ahead now is to develop an economic and accounting model that is capable of recognising the positive value of these bifurcations, such as the production of negentropic knowledge. This approach, which assumes a theoretical model capable of characterising and quantifying the various forms of entropy, negentropy and anti-entropy, exists within a transitions context, and is based on a method known as contributory research.■

In AA’s 436 the table of contents, now available on our online shop. NEWS Arles National School ...More about 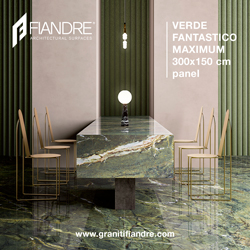